Not a Fan Letter 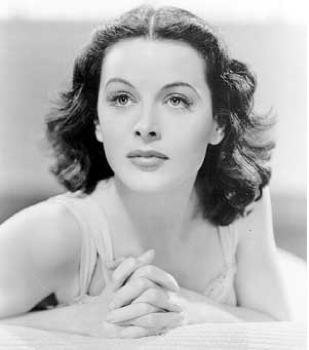 This is not a fan letter. At least, not in the Hollywood sense. Like too many things in your life, it arrives in an untimely fashion. A Woman, Interrupted—by a dictatorial husband, the Hollywood image machine, and ghostwriters, among others—you leave behind a life whose most revealing and disturbing elements lie abandoned on the cutting room floor. Every decade or so you are “re-discovered,” but the starlet-as-brainy-inventor narrative never fully tells the story of your life and your struggles. Like a press kit, it merely replays its pre-packaged contents. The press kit must be played against more discordant, “noisy” elements to tell the full story. Indeed, any summoning of these elements inevitably brings forth demons that must be confronted and, hopefully, exorcised.

It became more apparent as this project grew that noise and interruptions are inextricable elements of whatever “truth” might be  decoded from your life. Rather than trying to cancel out the noise or bridge the interruptions, it now makes more sense to incorporate them into the project. In an ironic twist, the very company, Corel, that had kit-napped your image in a vector rendition to sell its graphic design package offers inadvertently very useful tools for pursuing this project. First, though, one has to perform some kit-bashing: that is, disassembling the graphic design package so that its various parts and functions can serve my purposes rather than the mercenary one of its creators. Thus, I started to apply Corel’s kit-bashed elements of Zoom, Distort, Rotate & Skew, ScriptCommando, and Undo as FUNCTIONS for critiquing the various interruptive forces that were arrayed against you.

Applying these FUNCTIONS, I have found a multitude of loopings, linkages, and dove-tailings arising, as though activated by the same multi-layering of complex relationships that describe both the musical techniques of George Antheil as well as the alternating eighty-eight frequency spread spectrum communication system the two of you are famous for innovating. I saw, too, that the sampling and mixing techniques of turntablists like DJ Spooky and Grandmaster Flash—frequency hip hopping!—suggested ways of further [disc]organizing your life story.  Out of the sample and mix have come predictable discords and unexpected resonances, obfuscations and  revelatory insights. Here, Grandmaster Flash wars with Glandmaster Antheil.  Warhol’s film Hedy  summons forth avenging exorcist Valerie Solanas, who also insists on having her say. Dueling players abound.

I began to conceive of this project not as a one-person affair but as an interactive site in which participants would not only be able to explore it as I conceived it but could also suggest additions or use the tools of the various kits to move further along elements of a project that can probably never be brought to full completion. These tools can be found in the Corel Tool Kit below. An open source project, this site offers its own shareware for others to employ as stakeholders in its operations. Here, for example, Lamarr movie buffs might suggest scenes or situations from your films that lend themselves to some of these functions and their application. Those familiar with biographical elements of your life can suggest applications of these tools. Those more theoretically oriented can offer their own expertise. Those simply interested in understanding you as a “Woman, Interrupted” can profit from the labors of others.

As DJ Spooky so presciently observes:

“Once you get into the flow of things, you’re always haunted by the way that things could have turned out. This outcome, that conclusion. You get my drift. The uncertainty is what holds the story together…”

Later in life, living on a Screen Actors Guild pension, you would justly lament:

“Never a thank you, never money.  I don’t know.  I guess they just take and forget about a person.”

You would understand Emily Dickinson’s lament:

“This is my letter to the world/That never wrote to me.”

Unlike the lyricist featured below, you should not have to pen admiring letters to yourself. So what follows this tuneful lament is correspondence from those wishing to write back and keep faith with your memory.

Behold, Image Capture– and Release!  We pick up your story with the interruption that spurred this project on: Corel Corporation steals your image and likeness for its project CorelDraw 9.

User Note:
Learn why it seems aptly just that we use their own tools against them by following the story by clicking the article below.

Grand Theft Identity:Hedy Lamarr Sues Corel     Misnamed and often miscast, you would come to lament:  “My face has been my misfortune. It has attracted six unsuccessful marriage partners. It has attracted all the wrong people into my boudoir for five...
Learn More