One Artist’s Concept of an Antheil Production 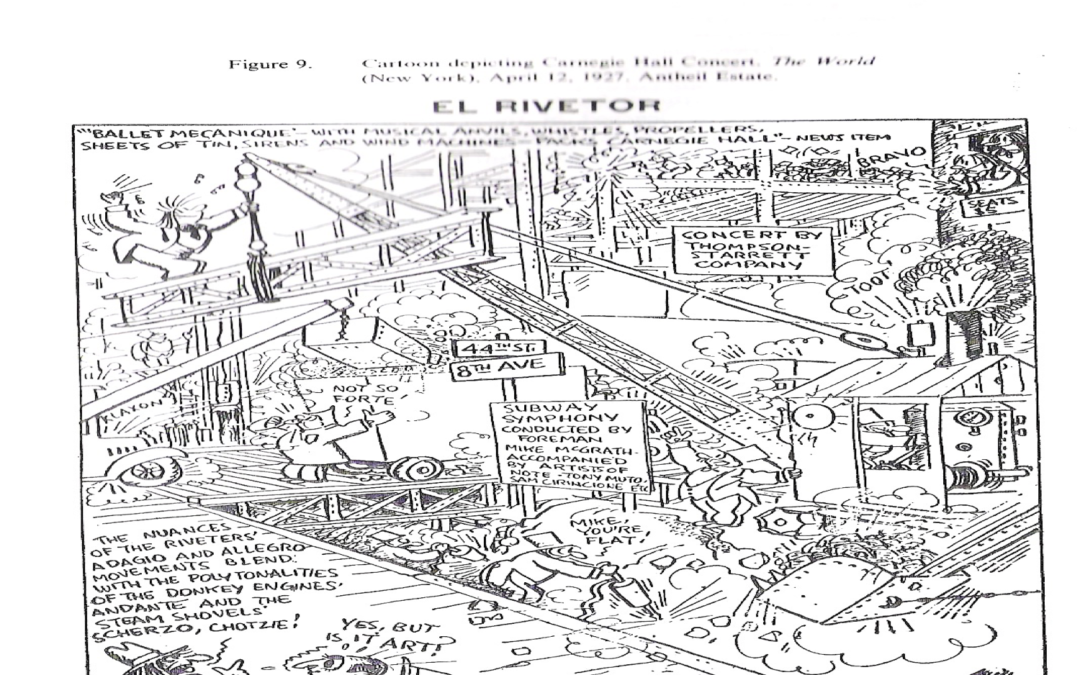 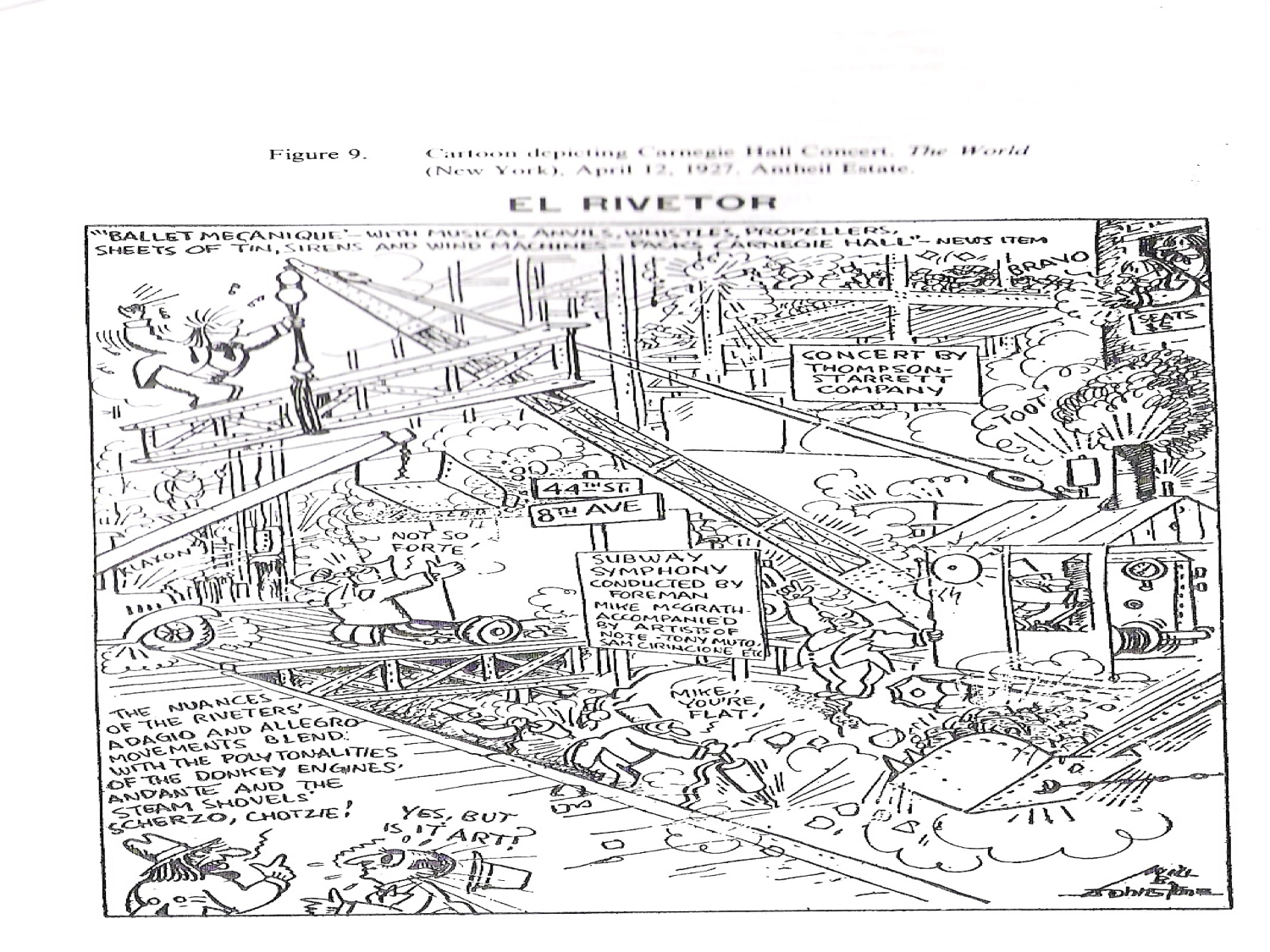 Antheil as a child lived across the street from the New Jersey State Penitentiary in Trenton. A pair of old maids moved into the house next door and began pounding away on the piano in shifts day and night. When they finally stopped, it was discovered that they noise had been a cover for a tunneling operation to the prison that led to one of the most sensational jailbreaks in New Jersey’s history.

This bizarre occurrence was the source of Antheil’s initial love of a certain kind of piano playing and music. As early as 1921, he announced his desire to become “noted and notorious…as a new ultramodern pianist composer.” Is it any wonder that he went on to scandalize the music world with violent piano compositions such as Sonata Sauvage, The Death of Machines, and the Airplane Sonata that caused riots in several European cities?

Like an inhabitant of the institution across from his childhood home, Antheil seemed to enjoy the danger of near escapes. The riots that his music provoked led him to obtain a pistol. “A real one!” he gleefully recounted. “I bought a small 32 automatic, for which I had a silken holster made to fit under my arm. Thereafter I would publicly produce my ugly little automatic, in approved American gangster fashion, and place it on the piano in full view before each recital. I never had any more trouble until the Nazis.” How can you not like a man like this?
Well, perhaps by listening to his music especially if you are not fond of incessantly pounding rhythms and unresolved dissonances. The strident tendency in Antheil’s music reached its apogee in his most infamous piece, Ballet Mecanique, which rocked the Parisian music world in 1926 with another riot.